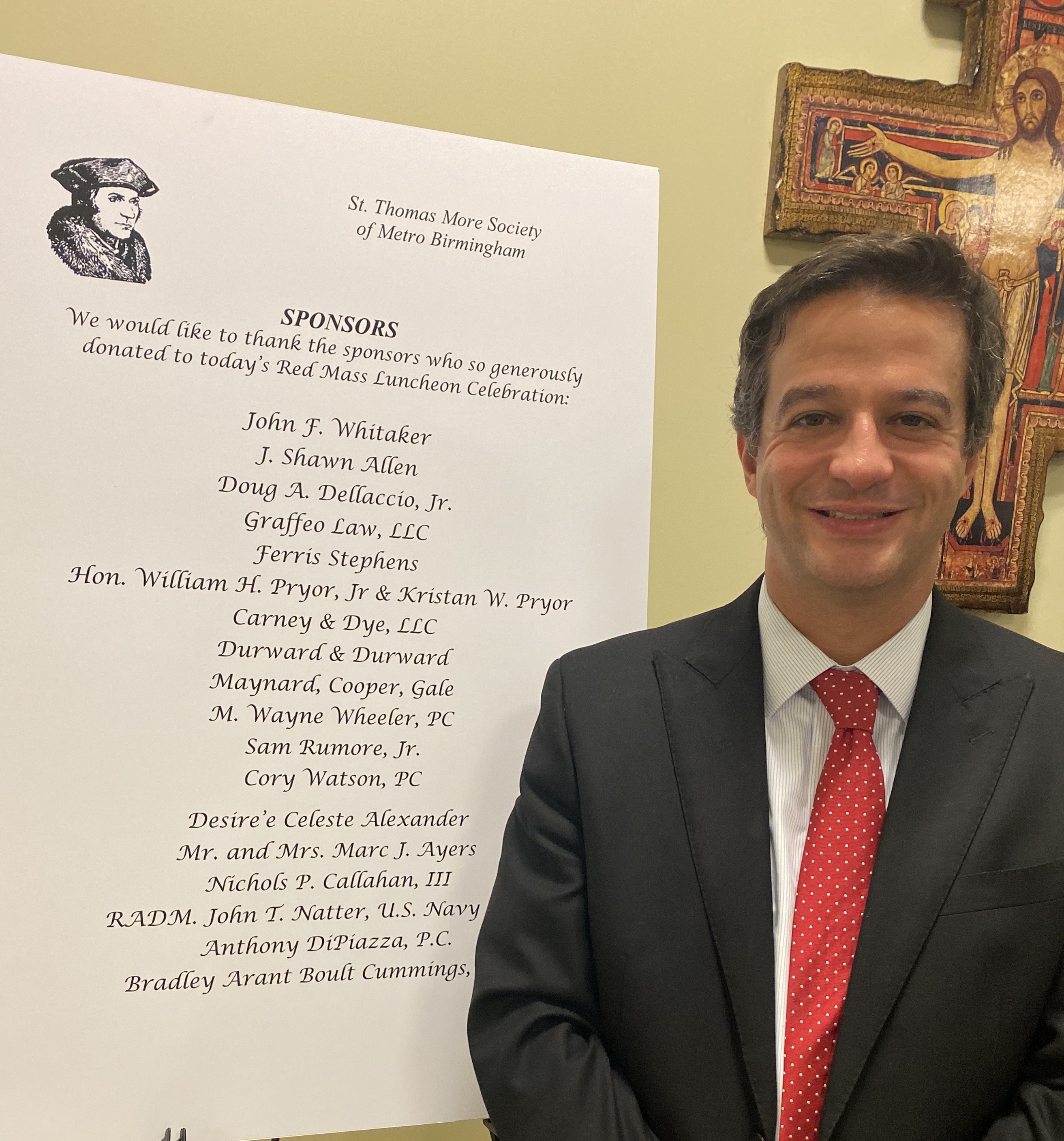 Posted at 23:25h in Uncategorized by zeekee
0 Likes
Share

October 25, 2019 – Graffeo Law, LLC proudly served as a sponsor for the annual Red Mass and reception held on Thursday, October 25, 2019 at the Cathedral of St. Paul in Birmingham, Alabama, which is conveniently located across the street from the firm.  The Red Mass was organized and hosted by the Catholic Diocese of Birmingham Alabama and the St. Thomas More Society of Metro Birmingham.  The Red Mass – an annual event attended by judges, attorneys, public officials, law school faculty, students and the public – is celebrated at the opening of the judicial year across the world to invoke the divine guidance of the Holy Spirit for all who seek and administer justice.

The Red Mass traces its roots to thirteenth century Europe to mark the official opening of the fall term of the king’s high court.  Its namesake comes from the scarlet robes worn by dignitaries and the red vestments of the celebrant.  The Red Mass was introduced to the United States in the nineteenth century, where today it is celebrated in many major metropolitan areas.   The well-known Red Mass held at the Cathedral of Saint Matthew the Apostle in Washington, D.C. is typically attended by members of Congress and justices of the Supreme Court.

The St. Thomas More Society of Metro Birmingham seeks to foster the spiritual, intellectual and professional growth of its members and service to their faith.  The Society’s namesake is St. Thomas More, the English lawyer and Chancellor to Henry VIII in the sixteenth century known for his intellectual, spiritual and moral qualities.

2019 was Graffeo Law’s fourth consecutive year to serve as a sponsor for the Red Mass in Birmingham, Alabama.

Since 2016, Graffeo Law, LLC has served clients across Alabama in the areas of civil litigation and business law.  For more information, visit the firm’s website at www.graffeolaw.com.